As a general rule, TimeTrak uses the cost price set against the Stock Code in MYOB Exo.

Which cost method is used is determined by the cost method set up in Exo Configurator, as per below:

Most companies have employees that are on both wage and salary packages. Because of this, TimeTrak caters for both options so that a true and correct cost can be captured against a job.

In the TimeTrak Admin Console, against a User in “User Settings” there is the ability to add an hourly wage cost or a ‘daily’ cost if the User is on a salary.

In the below example, Bridget is on a wage of $18 an hour:

In many companies the charge out rate for employees on different wage rates is the same. This often means that the same Stock Code and cost is used. As a result of this, management is unable to get a ‘true cost’ of a job.

In the below examples, both Bridget and Greg use the same charge out rate which by default will pull through the average cost method from the Stock Code which is $20 an hour.

However, due to both Bridget and Greg having their wage cost set in the TimeTrak Admin Console, the standard cost price is over written to the ‘true cost’ as per below:

This also flows onto time and a half and double time labour codes if the multiplier is also against users labour codes in the TimeTrak Admin Console as per below:

If there is no wage cost set against the user standard TimeTrak rules will apply and the stock code cost method will be multiplied by the amount set.

In relation to salary, employees like Tim below, “Daily” is ticked on and his daily salary is entered in the wage cost field.

The cost of his time is then divided by how many hours he has done for the day, as per below example:

Once again, this feature provides management the ability to capture the actual cost of a job and therefore correct profit margins.

If time is going to be posted regularly throughout the day, it is suggested that a salary user has an average hourly cost entered as their wage cost as the cost is calculated at the time of posting. 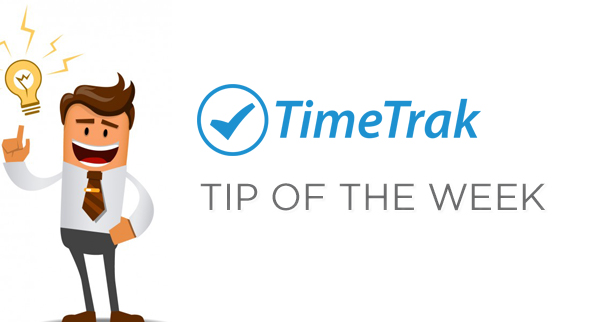